The Qu'ran - a primer on child molestation, bestiality, and killing women and female children

I am going to reiterate some things that I have written about in the past, but which truly do bear repeating. I'm moved to do this after reading a recent post by Daniel Greenfield at his blog Sultan Knish.

The opening graf of the piece, The Savage Lands of islam reads thus:  "The Grand Mufti of Saudi Arabia ruled that ten year old girls can be married off, because in his words, 'Good upbringing makes a girl ready to perform all marital duties at that age.' "
[ I am guessing here that the Grand Mufti is implying that good upbringing means she has already been repeatedly penetrated, probably by a male hand or a foreign object, in order to prepare her to perform her "marital duties". "At that age."]


islamics believe that anything that was good for Mohammed is good for them. Mohammed "married" his most notable wife, Aisha, when she was nine. Before that, he used her sexually without (supposedly) penetrating her, but ejaculating on her clothing. She then was required to go clean it off herself. What a guy. Allah's chosen prophet, don't you know.

Of course, the rest of her life doesn't need to be measured in years. Or even months or weeks. You could do as this holy man, this imam did to his 5 year old daughter:

Al-Ghamdi also admitted in court to using a cane
as well as electric cables in the torture/rape of
his child. Hospital social worker Randa al-Kaleeb
stated the child had been raped "everywhere."
The little girl managed to linger for ten months
before finally succumbing to her injuries."

She didn't even make it to nine years old, when she would have been legal to rape as many times as he wished. This "holy man", this vile creature was allowed to be freed from prison because he came up with some cash to pay off the mother of their child. Shariah allows for "blood money" paid to the mother as full recompense for the crime of raping, torturing, and beating a five year old little girl so badly that she eventually succumbed to her injuries and died.

Where are the feminists, the soccer moms, the liberal/progressive/Democrat women, the Pelosis, the Boxers, the Feinsteins who rant about "If it saves just one child!"? Where are these hypocritical bitches who claim to care? Why isn't that bitch Moochelle shown holding up a hashtag card for this horribly abused child, pretending concern as she pretended to care about the girls kidnapped and enslaved by Boko Haram (whose official name - Jama'atu Ahlis Sunna Lidda'Awati Wal-Jihad - means People Committed to the Prophet's Teachings for Propagation and Jihad).

So, this imam - "the man who leads prayers in a mosque", a "learned and holy man" according to the cult of islam - goes free, when he should instead have been tortured himself, repeatedly raped and beaten, for the rest of his life, extended as long as possible. At the very least, he should have had his spinal cord severed around T-5 or T-6, making him a paraplegic for the rest of his life. Or perhaps C-4, making him quadraplegic, although some other muslim would have probably given him a too-merciful death in that case.

Yet the Left believes that islam is a religion. A religion of peace. They believe that muslims deserve better treatment than Christians who "cling to their bibles and their guns".

I won't get into the whole topic of how muslims, islam, the Qu'ran treat women. The beating, the stoning, the beheading, the genital mutilation of infants, girls, and older females. I won't even get into the sura which deal with how it is permitted to have sex with animals, as long as you don't eat them or sell them as food afterwards. Oh, excuse me - you can sell them as food, just not in your own town or village. (It doesn't say you have to clean them up first, either.) And I won't repeat my earlier posts about how it is acceptable for muslim men to have sex (rape, too) with "beardless boys" (bacha bereesh - boys who haven't reached puberty), whether they are willing or not?

Isn't anyone on the Left capable of outrage at these evil creatures who claim their "religion" allows them to rape and otherwise abuse children? islam is a perverted death cult, and its followers are less than animals. They are definitely sub-human, and islam should either be erased from the face of the Earth or, at the very least, quarantined on an island with no possibility of leaving that island, ever. islam is a scourge, an excrescence upon the human race.

Don't be so foolish as to try to say it is only "extremist" muslims, "radical" muslims, who believe these things and act upon them. In reality - reality being something the Left intentionally ignores - there is only orthodox islam, and the Qu'ran, its unholy Book, tells muslims they must kill, rape, stone, behead and abuse children, women, and men. Especially those who claim to be muslim but do not hate, kill, rape, stone, behead and abuse like the real, true followers of Mohammed do.

One of these days I will tell you how I really feel about islam and muslims.
Posted by Reg T at 11:24 PM 4 comments:

I've been derelict in keeping up with this blog. My wife and I have been struggling with the increasing physical limitations inherent in our respective ages, along with the need to deal with various issues that demand so much of our energies that we must set aside some of our other interests and activities.

Recently, we have had a problem with skunks killing our chickens. We raise Buff Orpingtons, primarily for eggs, although they will become food if things ever get to the point where a trip to the supermarket is no longer an option. We've lost three hens (out of seven) to two skunks, which I ended up killing when I was unable to trap them. We had spent several days working on making it more difficult for skunks to burrow into our hen house, burying chicken wire along the entire perimeter, then covering it with rock and pieces of firewood we had available. That proved successful in stopping the immediate loss of more hens, but there was at least one more skunk trying to get into the hen house.

When that third skunk demonstrated the ability to escape the snare I set for him, I purchased some live traps, baiting them with scraps of cooked chicken and chicken bones (from store-bought chicken). The very first night, the trap was sprung. The next morning I released our Maine Coon cat, who - in spite of being very well fed and plied with daily treats - was meowing piteously from inside the larger of the two traps.

It took three more nights, but finally the third skunk was caught. He was dispatched at close range while still in the trap, the thinking being that a quick demise would prevent the release of his musk. Au contraire - he emitted the worse spraying of any skunk I have ever killed. Opening the front door ever so briefly was enough to contaminate the entire house with the acrid odor of skunk musk.

Hosing down the deck and the area around the trap (which was under the deck near our front door) didn't help. I mixed up a batch of musk de-activator - 32 ounces of hydrogen peroxide, 8 ounces of baking soda, and several drops of liquid dish detergent (a surfactant helping to spread the mixture) - and  spraying that from a bottle onto the deck and the dead skunk itself seemed to help. We've used that successfully when we have had dogs which have gotten sprayed by a skunk, and it was useful in this situation as well. We are now waiting to see if there is yet another skunk (or more) nearby, or if we have solved our problem for the time being.

Next adventure: discovering a burned-out element in our electric water heater, I attempted to drain the tank in order to replace the element. Unfortunately, our water is very hard, and the prior owner had never maintained the system. The tank wouldn't drain, because there was over six inches of scale (mineral deposits) in the bottom of the tank. After trying to blow the scale away from the inside of the drain valve with an air compressor, I was finally able to get the water to drain slowly. About six hours later, it was close enough to empty that I was able to remove the defective element. I then used a wet/dry shop vacuum to clean out the scale. About seven or eight pounds of it. I then flushed the tank several times more, finally installing the new 4500 watt element. After re-filling the tank, and bleeding the pipes to make sure the tank was completely full, I removed the screens and diffusers from the washing machine hoses and the faucets of all the sinks in the house, clearing out the flakes of scale from those locations. Hopefully, we will be good for a few months, when I will drain the tank again to flush the sediment out.

So, political commentary takes a back seat to the necessities of livestock protection and home maintenance. 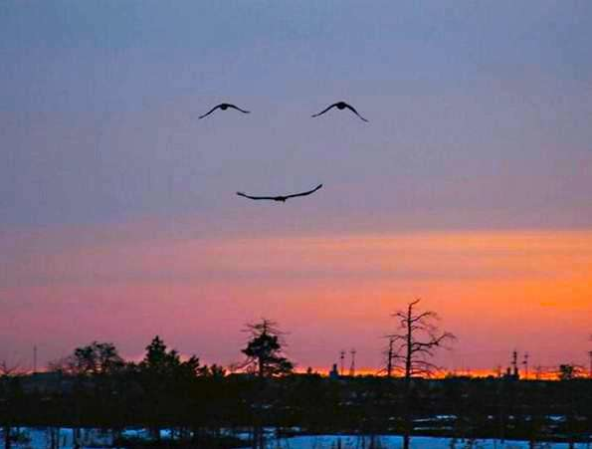